Tendering process in construction tenders helps in the selection of a contractor for performing the construction works in a project.

Tendering process is the most important step for success of any project. Because wrong choice may lead to a delay in project completion and unhappy client / contractor relationship. A bad contractor may end up with dissatisfied client and sometimes even with an insolvent contractor.

Therefore it is recommended that client’s professional advisers should find a reputed and renowned contracting company. Considering below points:

There are three principal methods for choosing a contractor:

Initiated by client’s architect/ quantity surveyor advertising in newspapers and/or inviting contractors to apply for tender documents and to tender in competition for carrying out the work. Usually a deposit is required to discourage irresponsible applicants, the deposit being returnable on the submission of the tender.

A short list drawn up of contractors who are considered to be suitable to carry out the proposed work.

Names may be selected from an approved list or ‘panel’ maintained by the client.

It is recommended that the number of tenderers in this case should be limited to between five and eight, depending on the size of the contract.

If the firms on the list are all reputable, well established and suitable for the proposed work, then the selection is resolved into a question of price only.

Ensures that only capable and approved firms submit tenders.

Reduce the cost of tendering.

Cost level of the tenders will be higher due to less competition and also due to the higher caliber of the tenderers.

It is a special case of selective tendering where the short list has only one name.

Used when the client has a preference for a particular firm, often because it has done satisfactory works for him before.

Competition is eliminated and that will lead to a higher price.

Contract sum will be arrived by a process of negotiations.

When a large project is to be carried out in successive phases, a combination of selective tendering and nomination is employed this is sometimes called “serial tendering”.

The contractor is chosen for the first phase by means of selective competitive tendering. 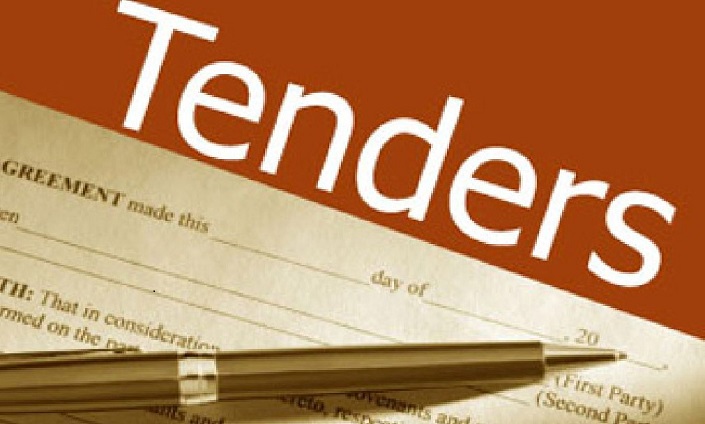 The accepted tender forms the basis of payment for the resulting contract.

The tender is also used for the second and later phases, provision being made for so doing in the initial contract by the inclusion of a formula for updating prices.

The purpose of serial tendering is to gain the benefits of continuity.

The contractor for the first phase of the project will have his site organization set up, his offices and storage huts, etc., already in use and plant of various kinds on the site.

When the second phase commences, these facilities will be already available.

In addition, the contractor’s workforce will be familiar with the details of the construction after building the first phase, and it helps to work more speedily and efficiently.

This process may be done using bills of quantities / schedules of rates. The rates and prices are discussed and agreed until eventually a total price is arrived.

One party will usually price the tender document first of all, then the other party go through the rates and prices ticking off those which are acceptable.

When agreement is reached, a contract will be entered between the client and the contractor.

In this procedure, absence of competition usually results in a higher price.

Therefore, with a view to gaining the benefits of competition as well as the advantages of negotiation, a process of limited competition for the selection of contractor, followed by negotiation with him on the details of his tender, is used.

This process is usually known as two-stage negotiation.

In the first stage tenderers are informed of the second stage intention and are asked to tender on the basis of Schedule of rates consisting of the main/ significant items only i.e.

Discussion with each of the tenderers may be conducted in order to clarify their proposals.

Having selected a contractor at the end of the competition stage, negotiation will follow on the basis of a detailed tender document as in single stage negotiation.

Two-stage negotiation is the method normally used to select a contractor to carry out management contract, in which the general contractor does little or none of the construction work himself but organizes sub contractors to do the work.

The number and nature of tender documents will vary with the type of contract. They will include some or all of the following;

This document sets out the obligations and rights of the parties, which includes:

Drawings: Normally general arrangement drawings will be provided. Tenderer’s are not normally given working drawings.

Full descriptions of the work are incorporated in the bills or specifications.

Tenderer’s are informed that they can inspect drawings not supplied to them at the architect’s office.

This is a pre-printed formal statement, often in the form of a letter, in which tenderer fills in, in the blank spaces, his name and address and the sum

of money for which he offers to carry out the work shown on the drawings and described in the bills of quantities or specifications.

Each tenderer should be supplied with a pre-addressed envelope clearly marked “Tender for  – name of the project”.

This will ensure that tenders are recognized as such when received and will not be accidentally opened.

Tenderer’s should be asked to acknowledge in writing receipt of the tender document.

It is recommended practice (not always followed) to send, about a month beforehand, to each of the firms from whom it is proposed to invite a tender, a preliminary inquiry, to ascertain that they are willing to submit a tender.

This avoids the situation of contractors declining to tender, or if they prefer not to decline, submitting a ‘cover price’, i.e. a price which is high enough to be well above the lowest tender.

Sufficient information about the project should be given in the preliminary inquiry letter to enable each contractor to decide whether he is in a position to meet the terms.

Period for Preparation of Tenders:

It is important that tenderers are given sufficient time to make all necessary inquiries from suppliers, sub-traders, etc. and the date for return of tenders should be fixed so as to allow for the amount of work likely to be involved in preparing tender.

Four weeks is recommended as a minimum period, although it is possible, in exceptional cases, for less time to be adequate.

A time of the day should be specified as the latest time for tenders to be received on the date fixed. Any tenders arriving later should be returned.

It is important that all tenders should be based on the same information.

All the tender documents must be identical.

A tenderer may telephone the architect / project quantity surveyor about an item in the bills of quantities or a clause in the project specification. He may question the accuracy of a quantity or unavailability of a specified material in the market. Such queries must be answered and must be dealt with promptly.

But, whatever the reply given to the enquirer must be communicated to all other tenderers, immediately by telephone and then confirmed in writing.

The same procedure must be followed if an error is discovered or if it is decided to extend the time for the receipt of tenders.

The tenderer should be asked to confirm in writing the receipt of every written communication of additional or varied information.

A formal procedure should be followed for opening tenders to eliminate any suspicion or irregularities.

No tender must be opened before the latest time for submission.

As little time as reasonably possible should be allowed to elapse before opening tenders and they should all be opened at the same time.

As soon as possible after opening of tenders, inform all tenderer’s about the final decision. In this way each tenderer will know whether his tender is successful or not and be able to judge his future commitments. Most of the time this is the duty of project quantity surveyor or tender department itself.